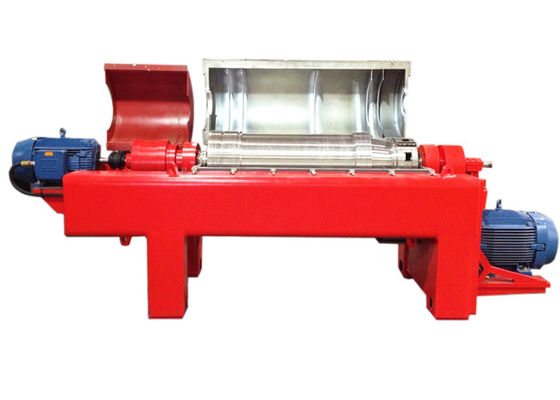 On account of difference in density, the mixed liquid in the container, after a period of time, is gradually divided into 2 layers. The heavy phase particle of the mixed liquid deposits to the bottom of the container, while the light phase one suspends to the upper surface. A rather distinctive dividing plane forms between the light and heavy phases.

Drilling mud is an integral part of most drilling operations,it is also called drilling fluid, there are some solids suspended in the fluid.

Decanter centrifuges  are used to process water-based and oil-based drilling fluids. Oilfield decanter centrifuges mechanically increase the gravitational force exerted on the liquid and solids mixture present in the mud system. We can apply over 3,000 G-forces machine to separate the particles in the fluid.